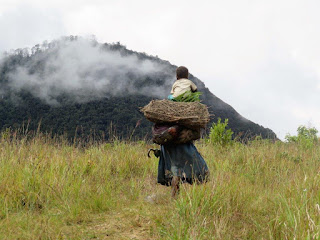 OK, there is a ton of jabber on the internet, blogs, and other sources about this “Surat Jalan” (AKA: travel permit), and that you must have one for trekking in the Baliem Valley – and the myriad suggestions for how you should go about getting one. That is not entirely accurate.


Long story short: We did not have one, and no one ever asked for it, and we came and went without a mention of it.


Now, I am not saying you don’t legally need one. What I am saying, is that in our case there was no physical mention of it in writing (i.e., no posted signs or things like that), or verbally (e.g., no announcements upon arrival), and no one stopped us along the trails to ask for it. The only place we every saw or heard about it, was on the internet!

Now, I have been informed by a fellow traveler (thanks Gabi!), that in July/August, 2018, he was approached in the airport upon landing, and asked to show his Surat Jalan, which he did. He was there for the infamous Baliem Valley Festival, which I suspect has something do to with it. i.e., perhaps security was ramped up for the festival.

From all accounts though, the Surat Jalan can be obtained in Wamena without issue. So, perhaps the optimal plan of attack is to get it in Wamena, if in fact, there is a need, i.e., someone wearing a uniform asks for it.


·       If you are asking my opinion: don’t waste your time/effort getting a Surat Jalan. If I went back, I would do the same thing (i.e., not worry about it) – at least for the route we took. If I got stopped in the airport, or elsewhere, I would smile and gladly go to the police station in Wamena and get one. The exception might be if you are specifically going to the Baliem Valley Festival, which our friend Gabi has informed us, might be a case of heightened security.